You are here: Home / Reviews / Review: More Deadly Then War
Click here to go to my disclosure policy.

Sometimes you meet a book where the cover inspires a boys interest in knowing more.  The lad saw “more deadly than war” and his interest was immediately peaked, heading to his favourite youtube to learn more.  “More Deadly than War” tells the story that the Spanish Flu took during World War One.   This was a history that I did not know, but my lad was very happy to tell me all that he learned about it.

Kenneth C Davis writes an account that is filled with details outlining the toll that the Spanish Flu took, killing 20% of the world’s population before it was done.  Striking people without rhyme or reason, and if not outright killing, inflicting them with serious side-effects from the flu.   It was a devastating disease.

Mr. Davis carefully weaves true life stories into the facts of the flu and the effects that it had.  From slowing down the war, to the sheer loss of life, and confusion of the medical world.  How heart-breaking it was for the doctors and nurses to have no idea about how to treat this deadly disease.

He brought to bear the difficulty of dealing with the demands of war (including the selling of war bonds and the parades, parties, and meetings that entailed) while trying to fight a deadly disease. Families devastated, children orphaned, children having to work in order to help their siblings survive, the Spanish flu forever changed the lives of the people it touched, even if they survived it’s attack.

Reading through this book one can just see the heartbreak this time caused around the world.  One gal’s dad survived the flu, when discharged from the army and at home again his response to “what did you do in the war” was “I survived the flu”.  So sad.  So not an easy book to read.  I learned so much. 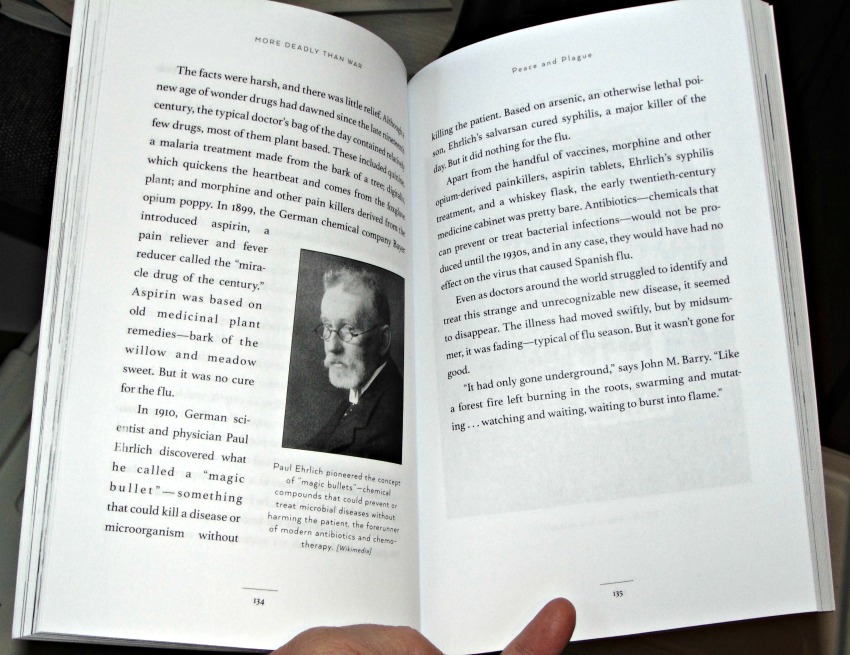 The close of More Deadly Than War asks important questions of how we dead with disease.  How we can prevent the spread, how we handle propaganda and governmental interference, and other hard questions. It’s a good thing to think about how we help people without causing panic, how to disseminate information without fear-mongering and overly sensationalizing the issues.  People will blow facts out of proportion in order to make a buck, or to sell a paper, or to make a name for themselves.  How does one prevent that and keep the public safely informed?   Hard questions to wade through.

To help tell the story of the Spanish Flu numerous images flood the pages, bringing us back to the sights of the war, including recruitment posters, masks, hospitals, warfare and more.. 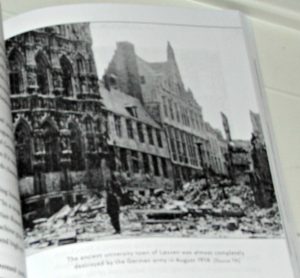 My lad suggested I share this video with you to give you a brief rundown on the Spanish flu. The figuring is that if learning about the Spanish Flu intrigues, so will this video!  🙂   Like mom like son eh?  🙂

2018 marks 100 years after the Spanish Flu hit with devastating fierceness.  This story is still relevant today with the potential for bird flu, swine flu and other flus able to spread across the world with ease.  Mr. Davis helps us understand the horror of this disease with dramatic narrative that combines images with first hand stories from individual, medical staff and government individuals.  I found it to be a captivating read that taught me as aspect of the war that I had previously not really understood. 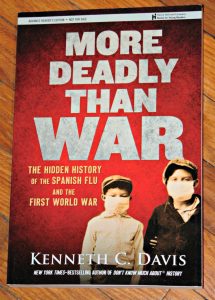