Benedictus (Baruch) Spinoza lived from 1632 to 1677, and was  among the most important  philosophers of the mid-17th century.  His philosophy tends to be hard to pin down but he is generally considered a Rationalist.   He is of Jewish birth who lived in Amsterdam after migrating from Portugal to escape the inquisition.  He was a successful merchant which put him in touch with the modern thinkers of the day.  As his thinking and philosophy gradually diverted from a Jewish way of thinking he was excommunicated and lost his standing as a businessman.

He tended to look at things from the vantage point of substance.  Substance is that which makes a thing a thing regardless of the state that it is in.   His argument is that there can only truly be one substance and that all other things derive from that one substance.

For him that one Substance was God or nature.   That God or nature provides for EVERYTHING else.  In that it makes it, causes it’s purpose, defines it’s shape and what it is made of.    In these four ways God causes everything to be. 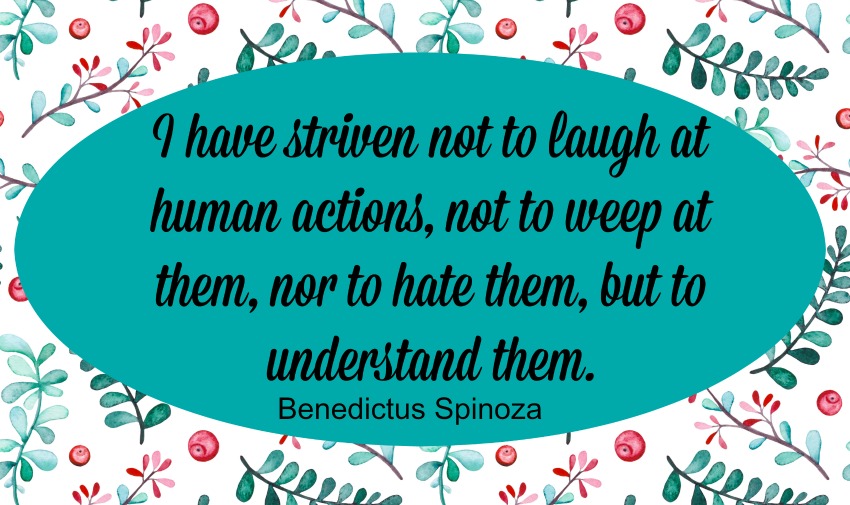 Therefore if something changes it’s mood, or it’s shape, or form… it is directly caused by God or nature.  This means that everything has a mind and body… even rocks and plants and animals.  Some of those things might have a very, very minimum mind but since they were caused to be by God or nature, it was there in some form or another.    His belief structure was very close to Pantheism (where one thinks that God is the world and the world is God).   His philosophy is closer to Panentheism where the world is God but God is somehow more than the world. 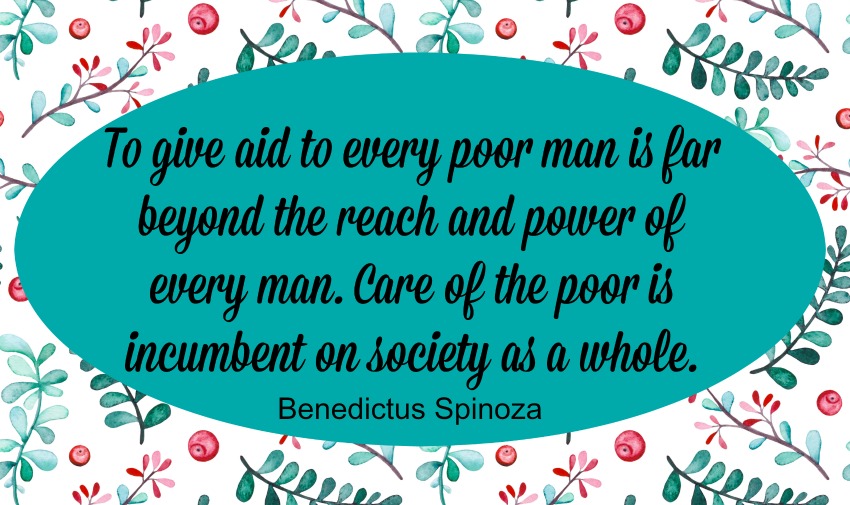 I can see Spinoza’s Jewish roots coming out in his theories.  Seeing how God is connected to everything.  I wonder at his rejection of God as the Creator, existing before the world began.  I was struck at the thought that mood changes are the result of God/nature’s action.  There’s some truth in that I think eh?   For not a sparrow can fall without the will of The Lord.  Just makes it more personal.  Yet God doesn’t cause us to sin so our swift anger or brief hatred isn’t his will.  I can see how Spinoza would have trouble cause I have trouble too.   Knowing that God sustains all and is in all, and yet having to try to separate out our deliberate human action with out tendency to sin.  Where does God stop?   He doesn’t really, yet we have free will.

I do know that by God’s providence this world is sustained…from the rains that fall, to the birds that fly, and whether my garden does well or not.   Doesn’t mean my plants are God though!  🙂

I do have trouble wrapping my mind around the notion that a rock might have a mental will of it’s own, but then again, I would have had trouble a couple years back wrapping my head around the idea that plants make noise when they are damaged.  Go figure that!

I know I don’t spell out in detail all that he thought, I just give some of the nutshell…but what do you think of Spinoza?   Do you find any truth or see his struggle in making sense of God?

Want to think more?   Check out my free printable.

We Inspire Me
Keeping the Mystery