You are here: Home / Homeschooling / House Skills and More
Click here to go to my disclosure policy.

So it’s been a bit of an odd week to be honest.  I had lots of plans at the beginning of the week but well, you know, life happens.  But we did get some things done.  YAY!!!

First off I was talking with the lad about the hedge beside the house.  We worked out a deal.   I would cut branches, and he’d haul them off to the side of the house. 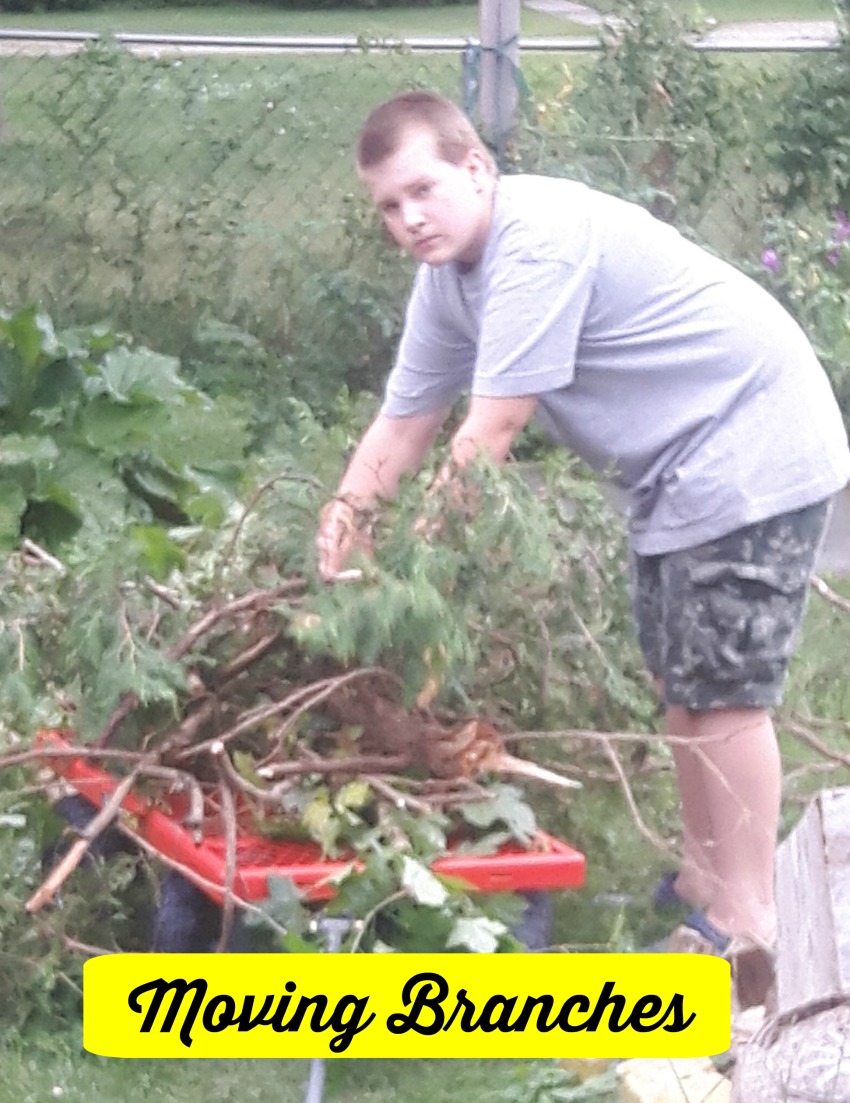 I think next week I’ll have the lad cut and I’ll move them!   Teach him more skills!  🙂  Or rather two of the trees in the hedge, I might set his brain to working and see if he can figure out how to take them out the easiest way.  Seeing as they both move if I apply a little bit of pressure I’m thinking it shouldn’t be TOO hard.

The lad had some fun with the cat!   Trying to give her a ride on the wagon.  🙂  I do have to say that experiment lasted all of 2 seconds.

We had planned to clean out the garage this week but…. it rained.  OH BOY it rained.  The construction on our street combined with the lovely downpour, has left this HUGE mud puddle in front of our driveway.  Mud happens, therefore the garage didn’t.   🙂

Instead I worked on laundry, and doing some filing upstairs. I really filled the recycling box this week.

The lad got focused on making formacariums for his ants.  He made two.. this big one for a carpenter ant colony, and a smaller one for some pavement ants I think? 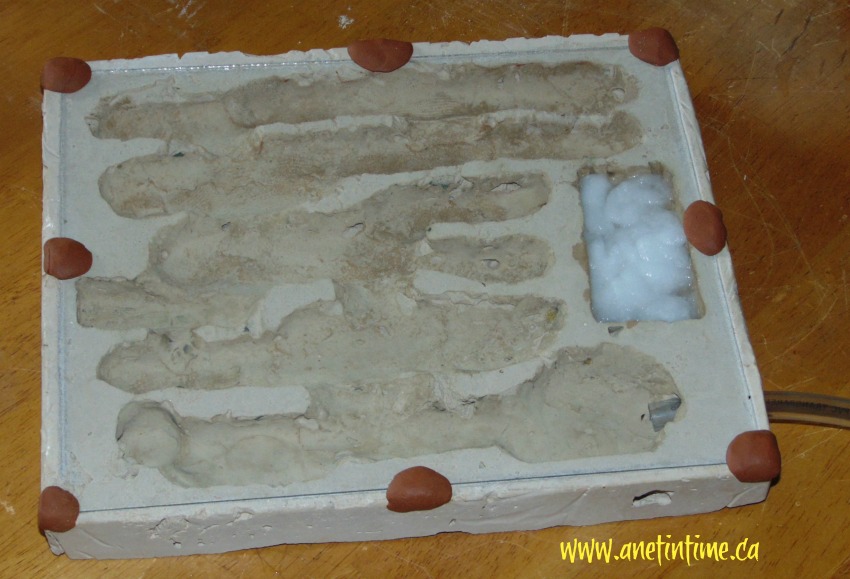 He also got inspired to test out an idea. Would foaming shave gel explode if hit with a sledgehammer? See the results for yourself.

Let’s see what else happened?

OH!   The lad helped me put together my birthday present.  You saw it earlier (sorta with the tree limbs).  I’ve been wanting one of these wagons for about five years now but have not been able to justify the cost.  Low and behold it was on sale on my birthday so hubby said … worth it now?  I grinned and said yes!  Anyways, the lad wanted to do it all on his own and I was a horrible mom… I made him SHARE with me!  🙂  I did part, he did part.  In honesty I let him do more than I did.. Had to let him grin a bit eh? 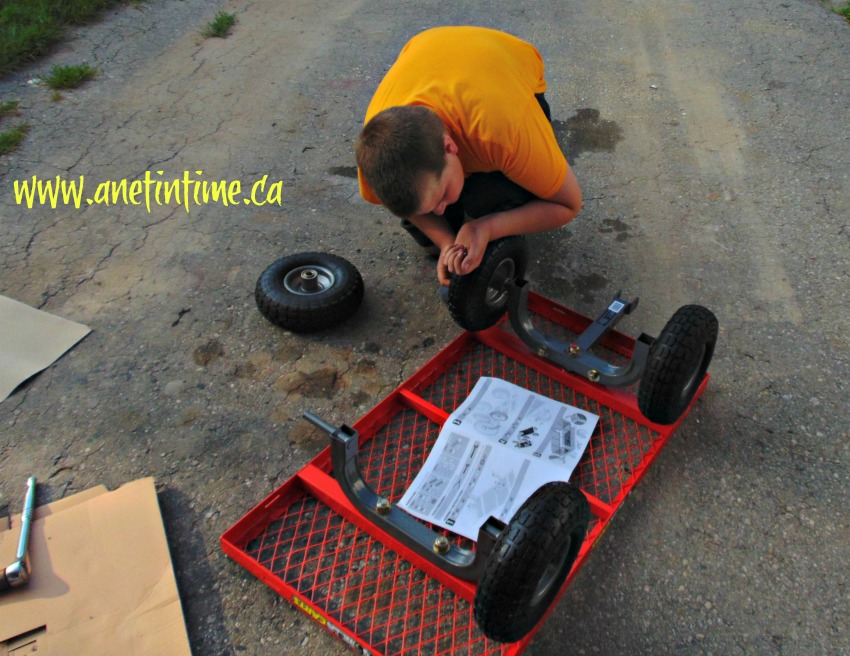 Oh… we also bought a new back end to the truck.  It has way less rust on it then our current truck has so once hubby has it all spruced up our truck will look almost new again!  Currently up on sawhorses and the gantry, in time….

Dear Frantic One
For the Love of a Stink Bug