You are here: Home / Homeschooling / Seeking After Truth : Blaise Pascal
Click here to go to my disclosure policy.

Blaise Pascal lived from 1623-1662, he grew up the child of a government functionary who was fascinated be the sciences and math.  He was homeschooled.   Pascal grew up fascinated by maths, writing his first paper at age 16. In mathematics, he was an early pioneer in the fields of game theory and probability theory (in fact he invented the first digital calculator called the Pascaline). In philosophy he was an early pioneer in existentialism. He became of a Christian  which lead him to abandon his maths and devote himself to religious writings.  His book Pensees comes out of those writings.  He died in poor health.  You can learn more about his inventions here.

His goal in the Pensees was to bring the nonbeliever to such despair they would turn in faith to God.   This book was finished post-humously. It was written with ex-Catholics in mind (libertins), those who had left the church due the influences of skeptics.

Pascal believed that one’s imagination was a powerful force, one that shaped our thinking and was very prone to error.  Despite that, he thought that imagination often overrode their sense of reason.  For instance, imagination often causes us to trust people we have no business trusting. Our imagination can lead us to discovering beauty, justice, truth or happiness on occasion, but ultimately what it generally shows us doesn’t really exist, ergo Imagination leads us astray. So what imagination shows us is actually, for the most part, false.

His goal in all this was to show libertins that the life of pleasure they had chosen was false.  It wasn’t founded on fact.   They have been misled by the power of imagination. 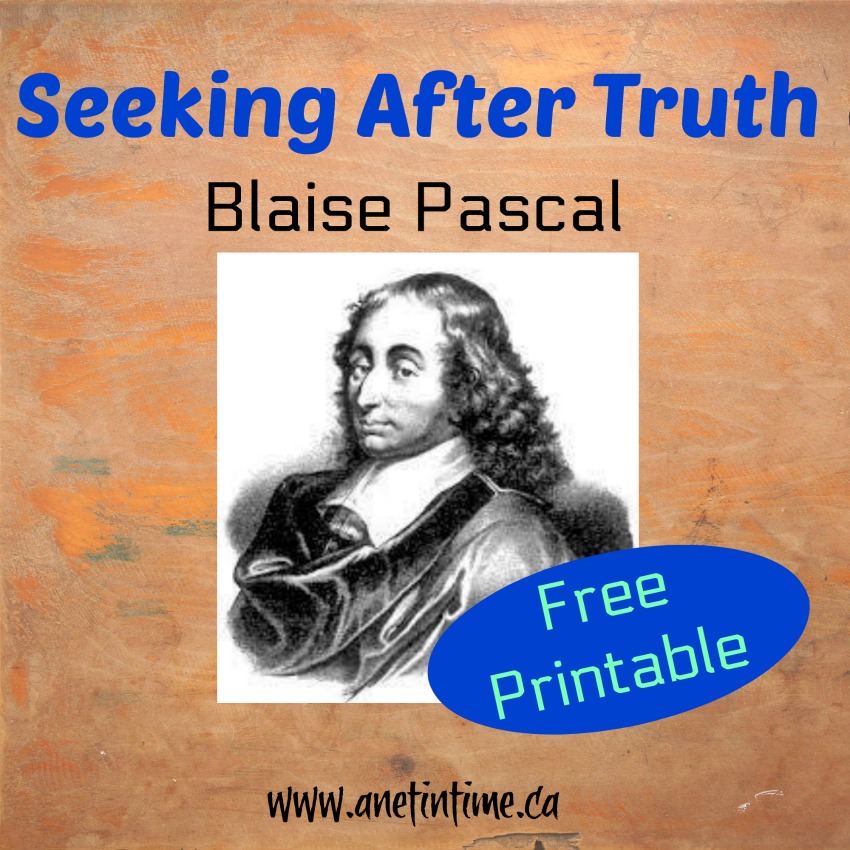 I think about Pascal and how he believes that our imagination lies to us more often than not.  Think of how often we judge people based on their outward appearance, we imagine things about them…. things like the sloppy dresser doesn’t care about their appearance, that angry face means a bitter heart, that a sharp dresser has it all together or whatever.  We make judgement calls all the time.   BUT we shouldn’t be, should we?

God tells us not to judge a person by their outward appearance but instead to try to see their heart. After all, we are to seek after God’s own heart right?   He looks to the heart, he doesn’t let outside appearances influence his call on their heart, or his ability to love them.

Are the judgements we make sometimes correct?  For sure.  BUT more oft than not, are they really?  That’s what we are called to consider here isn’t it?  Is what our imagination feeds us accurate?  Do we need to look deeper and really think on it?  To consider the truth (or lack there of) of our judgement call?

To look into Pascal’s thoughts more, here’s a handy worksheet for you.

Others in this series:

Adding In Music
Getting Published or Not