You are here: Home / Uncategorized / Today… a good learning day
Click here to go to my disclosure policy.

Despite the “I can’t do this mommy” .. he did. 🙂 Just needed some encouragement.

here I asked him to match the numbers with the words and then spell them out.

He even made up a game afterwards with them where he had to practice his memory. It was interesting watching him work through it.

We finished our timeline of transportation.

I don’t recall where I found the pictures or the timeline.
We added kites, dugout canoes, and walking.
He was even able to tell his dad about the timeline abit too!

We did math. Pages 89-91 out of the complete book of numbers and counting

We did the alphabet. He knew ALL of them today! woot woot!

I will note that he stumbled on d, g, e, f today, but when he saw the picture on the
back of the card he knew them immediately.
This is a HUGE improvement over two weeks ago. 🙂
He also did a lower case alphabet dot to dot out of the My Heavenly Helper book.
We finished “It’s True, Pigs do Fly” book. It was fun. He learned a ton and asked TONS of questions. This book was written in a humourous style with fun captions of pigs doing the various things that inventors were doing throughout the history of aircraft. An enjoyable book. It did not cover every facet of airplane history, but it gave an excellent overview.

He asked if people ever made a car that can fly and we learned the answer to that is YES! It’s called the Skycar. 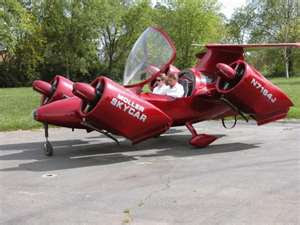 We did have to take a break at one point to catch these two that escaped from their lawn pen. Silly little boogers. 🙂 Just the two black ones, the broken black was good and stayed put!