Every once in a while I want to clear out what is open in my browser and yet keep the links available.  Today is that day.  🙂  WOOT WOOT!    Make my hubby happy indeed!

I home school so it’s natural for me to be drawn to homeschooling sites. 🙂

For those who don’t know, I have a rabbitry.  I’m really far behind on writing blog post for learning, but I have ideas in mind.

I am trying to be a better writer, so to that end I’m reading sites to help me with that. 🙂

Blogging well.. you know… because I blog.  🙂

Since my son’s cat has diabetes I’ve been doing some research.

I have this urge to teach classes and maybe make some money.  I had a lot of fun doing a doll making class with my co-op group so have been thinking it might be fun to do again.

This time of year people start making new years resolutions, or word or verse of the year decisions.   Every year I am tempted to join in.  And every year I start something, thinking of a verse or a word or a theme… and then I stop.

Maybe these fears are silly, these checks in my spirit.   Maybe they are unwarranted.

I just know that they exist.  That all these plans or hopes that I might have, I need to just let them rest.  To set them aside and be the person that I am.  One who rests and waits. Who does her best to take each day as it comes.  Perhaps it is simply that worrying on such things sets my heart to fretting and God would rather I not do that.  🙂

I want to encourage those of us who don’t make resolutions, or verse of the year, or word of the year that it is JUST FINE not to do so.  To not get caught up in all the plans and decisions made at the beginning of the year.

Read the posts … be inspired.   BUT don’t feel pushed to do something just because everyone else does.   If you are checked in your spirt, don’t ignore it.  God means something when he does that, even if we don’t understand.

Go into this New Year with hope!   We serve a risen saviour!   Battles will be fought, lost or won, but in the end, the main battle has already been won.

Rejoice oh believer… a new day is upon us.  See the wonders that God holds in store for us  🙂

Go into this new year with Hope! We serve a risen saviour! Battles will be fought, lost or won, but in the end, the main battle has already won. Click To Tweet

Have you ever noticed how God’s inspired word doesn’t hide the sin of his people?  The fact is that our sins are not covered up.  Even though it’s our natural tendency to make ourselves look better than what we are, none of the biblical authors covered over the sins of the people of God.   They didn’t. Do you ever wonder why that was?

Ian Hamilton says this “through the manifest weaknesses and sins of believers, God impresses on us the true character of the life of faith.” (p.116, the Faith Shaped life).

Isn’t that an interesting statement?

Our weaknesses show the character of faith lived out.   Our faith is lived out in weak, sin-filled bodies.  It doesn’t matter who we are as believers, we will fail as we live out our faith.   None of us can live a life of perfection.

Our failures, a means of doubt

The very fact that we fail is often used by the devil as a means of questioning our faith.  The fact that we love God and want to serve him faithfully, and yet fail in our duties, in our desires.  Surely that shows our lack of faith and commitment!!!!  (at least this is how we often think).

And yet, if we look to examples of people of faith in the bible, we will see that they failed as well.  God didn’t hold that against them.  Punishment happened as a consequence of sin but God didn’t say “you aren’t good enough to be called one of my own”.   Not even once.

God is ever so kind to us. Letting us see how he helps his people, picking them up, forgiving them and getting them back on track.  This is why there is no white-washing in scripture.  We need to see this.

Last week Wednesday my son and I went to Wallenstein Feed & Supply.   Since my hubby works at a feed mill he wanted us to go check out what they do here. He would have loved to go but couldn’t due to work issues. 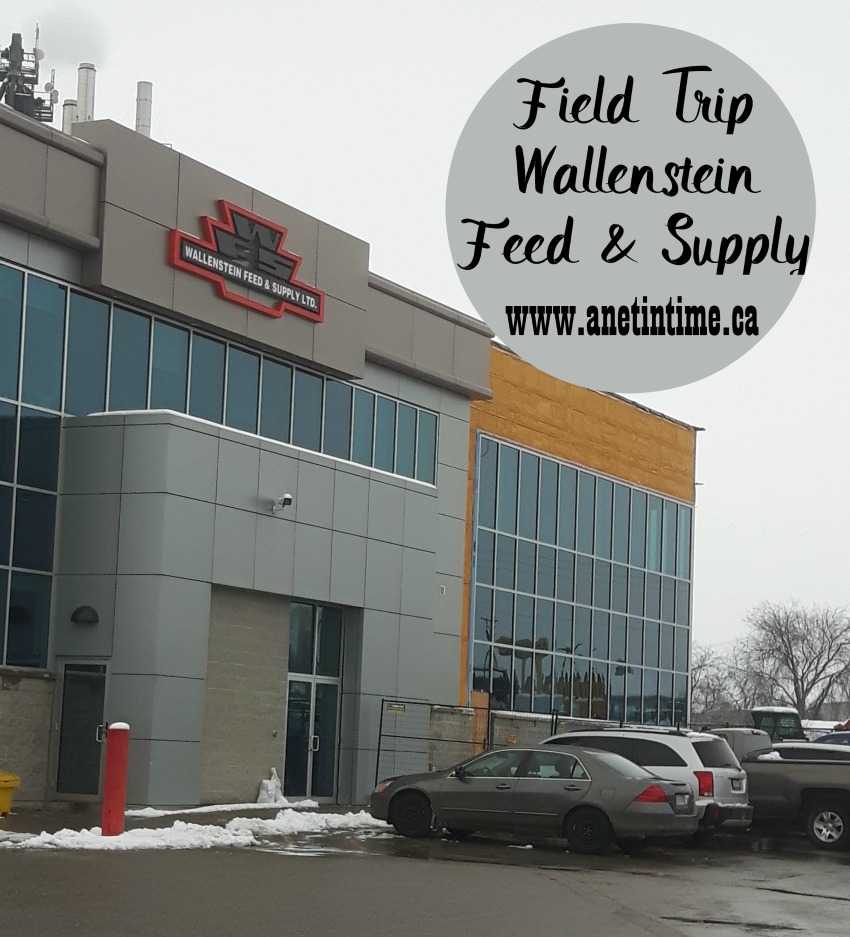 I should have written this post last week when all the information was fresh in my mind but life is what it is right?  I will simply have to do the best I can. 🙂

It was just a small group of us from the co-op that went, but we learned a lot about the making of farm animal feed in south-western Ontario.  This mill is highly automated. Runs at least 50 trucks from as close as Wallenstein to up north.

Before we started the tour we all had to put on safety vests, a hard hat and a headphone.  Some sections of the mill are quite loud, so having the headset means we can still hear each other.

Off on the tour!

Wallenstein Feed & Supply has four mills in one area, well okay.. they might only have three active.  I think they had torn down one mill and are looking at building the fourth.  We were mostly shown around mill four.

When trucks come in with supplies the load needs to be tested before it is accepted.  This year they need to be particularly careful because corn is carrying high levels of vomitoxin.  This toxin is dangerous to give to pigs (causes them to not eat and to have stillbirths or spontaneous abortions) so they need to be careful.  The mill my hubby works at can only take to 4% but Wallenstein Feed & Supply has three different levels for it.  The higher levels require more work as they need to be diluted and used differently.

Depending on the mill the men work 8 hour or 12 hour shifts. As I was watching the men work I saw clothing incentives, business perks etc pass along the screens.  They all seemed like decent incentive programs and who doesn’t like $’s off places you would go away?  A business treating it’s employees right.

The opportunity was given to watch a skid of feed by bagged.  Two people, and a few machines and the job was done quite quickly.

Our last stop of the tour was to see how a trucker loaded his truck.   He gets his part of the puzzle from the office that organizes the shipments.  He needs to take a sample of every feed he puts on his truck and that sample is kept, I think she said for three years, so that if a farmer has a problem with the feed it can be tested by them or an off-site lab.

It was a good, very educational and interesting tour.

We sang this at church a couple of weeks ago and it’s a nice melodic song.   I’ve sung it often as a quiet song, but on the odd occasion, depending on the music leader or the musicians it’s quite boisterous.  Most of the time though, it’s a quiet thoughtful song.

Written by Marc Byrd and Steve Hindalong, God of Wonders was used by NASA to wake up astronaut Michael Fossum (source). Steve Hindalong is a percussionist and drummer who also writes songs.  He’s been awarded several Dove awards.
Marc Byrd, also an American, played with the group Hammock.  He often collarborated with other artists.

Tonight I yelled at God…it’s not a good thing to yell at God but I yelled.

I was angry because someone disrespected my need to have my student home at a good time.  They thought they should take them out for a party after an event and I needed to wait in the cold for them to finally show up.  I was SO angry but had just had someone run it through my head again (earlier that day) that what comes out of a person in times of stress is indicative of what is in their heart.  If what comes out is anger and not love, then Christ isn’t living in you.  You are being ruled by the flesh.

So I yelled at God.  Saying I’m angry and if you want me to be someone different you need to change me.  I hate this.  I hate this anger the lives inside of me and slips out when I would rather it didn’t.   I hollered at him so loud, and I know he heard me.  He heard me and let my hubby text me and so we talked.  (well texted talked) and my heart quieted again.  I caught a grip, and realized something… that anger… kept me awake on the trip there and for MOST of the trip back and then I started nodding and shaking my head to stay awake.  (good thing I was only five minutes from home eh?)

You see I can and do fall asleep at the wheel.  When I’m tired I must not be on the road.

Hubby reminded me that it’s okay to get angry, but anger becomes sin when you hold onto it. I don’t hang on to it.  It’s quick and sudden like a fire and then it dissipates.  If I was wrong, I apologize and work it through, but it never stays.

But when it flairs you know what happens?

I start to doubt myself, my faith, my heart.   It makes me question how I can have this anger when every where I go in Christian circles I’m told over and over… what’s in the heart comes out on the tongue or in the actions.  If you aren’t showing love then you don’t have Christ within.  So how to I manage those two things?   How do I see my faith is real when my actions so often, in times of stress or concern or feeling ignored…. don’t result in love or patience or anything like that being shown?   How can I yell at the one who died so my sin doesn’t have to rule my body?

Therein lies the struggle doesn’t it?   Between the here and the what should be.  God is always in control.  My hubby didn’t NEED to text me when he did…but he did. That was a needful God moment, to give me a moment to stop, breathe, think my actions through.  To use adrenaline for the purpose God created it for…awakeful, alertness to keeps one surviving.

And so through God’s orchestration, I see his grace reaching out to me.

Through yelling and conversation I realized again… My God reigns.  He’s fully in control and aware of all that occurs.  He handles hurt and pain and anger and he changes and moves and makes things better. His control.  His reign.  Always. Remember it.

Normally on Monday I write a post on writing tips.

But you know what this weekend is in Canada?  THANKSGIVING!

It’s been a good year, thanks for being part of it. 🙂