Penn’s Cave in Pennsylvania was a huge amount of fun for all of us to attend.  I want to tell you all about it.  🙂    I don’t know if my images are any good at all… but you’ll cope right?

Penn’s Cave is known as America’s only all water cave!   You view it by boat!   They made an exit out onto a pond and it’s stocked with fish.  🙂

The history of Penn’s Cave:  The legend of Penn’s cave has a trapper named Malachi Boyer falling in love with an Indian princess Nita-nee.   The indians would not allow them to marry so one night they ran away together.  The Nita-nee’s father was furious and ordered Boyer thrown into the water cave and guarded so he couldn’t escape.  Boyer searched in vain for an alternative exit but failed to find one, so he crawled into the farthest area of the cave from the entrance where he died.   His body was weighted with rocks and thrown into the deepest part of the cavern.

It was a fascinating trip through the cave.  I hope this slideshow lends it justice. 🙂

After we came out of the cave we needed to walk ALL the way up again.  I took my time and the boys raced on ahead.   They went exploring to where the old entrance used to be.  I walked over to where part of the wildlife park was.

At the end of May the family took a trip down to Pennsylvania.   One of the places we stopped at was the Harsco Science Center in Harrisburg.

While I won’t say that visiting the science was worth the dollars spent, we did manage to have fun here.   Many of the exhibits were old, well worn or even broken, some things worked well.  The tornado exhibit was a hoot for both of us.

We had fun making cars, even if the method of making them was fairly set.

We then moved on to the shaker (for lack of a better word).  Build a mountain, put up your house and see how well it stands up.

We had fun racing against each other on a paired biking thing to see who could wear off their dinner quicker.  We did this several times, with the lad consistently beating his mother (except once when I cheated!)  (freely admitting that).  🙂  Sorry for the blurry pic, it’s hard to take a good pic while peddling a small bike.

We lifted our own body weight, which for two of the lifts was easy, but for one.. well… let’s just say we both need to work on our upper arm strength.

Our greatest amount of time though was spent on the fan.  We changed blades, rotated spinners and just had fun playing around with it.

If we’re in Harrisburg again we won’t go to the Harsco Science Center again, but the activities we found entertained the lad quite nicely.
——–
This post may contain affiliate links – using affiliate links from A Net in Time helps fuel this blog and our homeschool – thank you!

Sunset
A trip to Pennsylvania.
Dad for a conference,
Mom and lad to go exploring.
We took a tent, some supplies, and our bikes.
We spent our days exploring.
Penn’s Cave.
Hershey’s Chocolate World.
Indian Echo Dell Caves
Gettysburg
Harrisburg Science Museum
The State Capital.
Elizabethtown.
Sore feet.
Sore backs.
Tired brains.
Simple affordable food.
and as sunset fell across the campground
Biking,
A lad and his mom.
A lad outpacing his mom.
He shouts of encouragement.
“Mom!  You can catch up to me!”
Fellow campers grinning.
The tree peepers chorusing.
The bullfrog thrumming.
“You can do it, you can do it, yes you can”.
The Heron takes flight.
Mom stops.
These hills are hard.
A picture taken.
A boy breathing hard races to find
Where his mother stopped
to see the lake
to breath easily
And he smiles
and says
“Nice, isn’t it mom?”
and
“I had to find where you were.”
Kind and thoughtful
this lad of mine.
It was good to spend time with
this growing young man.
He makes my heart smile.
God has blessed me
Abundantly.
Enjoy the Sunset!
———
This post is in response to a wordprompt
the homeschool review crew uses for instagram fun.
I find it relaxing and enjoyable to turn them into posts for you and me.  🙂

Did you know that next week I get to visit another country.  I’ve been there before this country.
Three and a half years of Bible College…getting a double major in Bible and Education, with a minor in social work.   I got to know Grand Rapids fairly well and drove through Michigan a lot.

I also drove through a lot of the states when I was a teen heading off with Missions Outreach Int’l going to Haiti to help build a church.

In my married life I’ve been to Port Huron to pick up parcels. Turns into a nice day out with my sweetheart.

But this week coming…I’m going to visit Pennsylvania.  Going to do some history walking and sight seeing with my lovely 11 year old boy.  🙂  Should be a good time.  Dad will be with us part of the week, but mostly he’ll be hanging out at a conference.

AND while I am visiting the USofA, two members of the crew hope to visit with us.   Pretty cool eh?

and THAT’s all I have in me this week for .. VISIT!

This is a five minute Friday post. the word prompt is brought to us by Miss Kate.  What is Five Minute Friday?  Well it’s a party of a group of like
minded folks who gather on Friday to do a five minute free write around a
singular word.  AND THEN (and this is the most important part) we take the time to offer up encouragement to
each other on this writing journey.  It’s fun, though it’s not always
easy, but it is always good.   Come join us won’t you?  You are always
welcome.

We planned a bit of a short week this week.   Plans to go away this weekend, a vehicle in need of repair, and knowing the learning takes place in many different ways.  🙂  School happened!   Life happened.  And it was good!  🙂

Monday
Today was family day, so the lad did his minimal schooling that he does on days off, and off we went to first take part in a demonstration Karate Class and then to go for a walk at the Pinery.   We did some pokemon going while we are there, toured through Grand Bend and just hung out together.

He was a bit downcast when I mentioned that just cake for supper was not acceptable… which led him to ask for helped in making perogies.

Dad, not being a lover of perogies opted to make himself some other dish instead.

Wednesday
Food bank.   Regular schooling.  The lad pushed hard and was done by 1230.  🙂
Had a lovely walk together in the afternoon the lad and I did.   New Pokemon out and running around, so we had to chase them down.  🙂

Thursday
School, the lad’s report this week on the Caribou.
Garbage day, lovely weather, car work to do… we called it done as early as we could. 🙂

The lad helped clean the cars out and helped dad work on the rear brakes.   They also fixed the side mirror that I accidentally broke off after over correcting from someone taking a corner really wide.   (I avoided being hit but the car mirror…not so much). 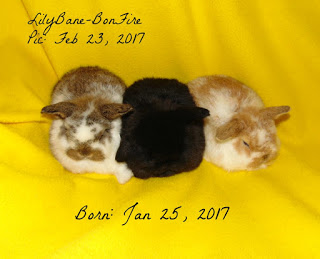 Friday
Gramma coming over since hubby and I are heading out for the weekend.
The lad did practical schooling today making cheese buns.  🙂  He’ll also be doing animal husbandry and housework with gramma this weekend.

Saturday-Sunday
Hubby and I just schleped around together.    We had a wonderfully relaxing weekend doing absolutely nothing but wandering around together, looking and talking and just being alone without distraction.

Linking up at the following Places: